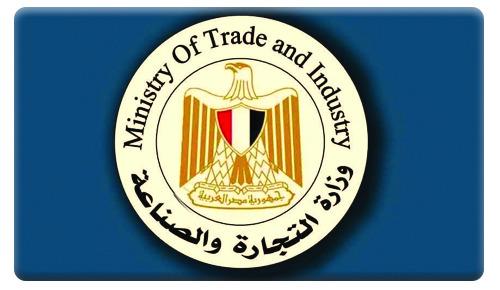 The Media Center of the Ministry of trade and Industry confirms:

Decisions issued to suspend or delete companies exporting the Egyptian market that do not target specific companies or products of specific countries.

Decisions come in compliance with the rules governing of factories registration in the General Organization of Export and Import Control.

Companies that were suspended or deleted off did not meet the required documents and some began production from within the Egyptian market.

The procedure begins to warn these companies with a two-week alert and a one-year suspension followed by deletion for lack of seriousness. The names of companies whose status is first approved are removed from the suspension lists and 122 companies that have reconciled their status from the beginning of the current year to the present day.

Based on the keenness of trade and Industry ministry to make data and information transparently available to public opinion, the Media Center of the Ministry issued a statement to clarify the facts about what has been raised in a number of news websites about the issuance of decisions to suspend and delete a number of companies exporting to the Egyptian market.

In this context, Ministerial Decree No. 195 / 2022 was issued in March, amending the rules governing the registration of factories eligible for exporting their products to the Arab Republic of Egypt, contained in Ministerial Decree No. 43 /2016, in order to facilitate the procedures of companies and set time limits for registration. Under the Ministerial decree, companies which want to export to Egypt must renew documents with validity dates within a period not exceeding thirty days from the expiration date.

According to this statement, the factories registration unit of the General Organization for Export and Import Control reviews the files submitted by companies for registration to ensure that the company or factory is an existing entity and applies quality systems to its products, including the list of documents that need renewal (quality certificates, trademarks and industrial registry).

The Media Center noted that if a document expires, a two-week alert will be issued on the GOEIC's website. If no renewal has taken place, one year's suspension will be initiated, in case of non-renewal, the company is cancelled due to its lack of seriousness in entering the Egyptian market. and the Commissioner of Companies is fully aware of these procedures by signing declarations to renew all expired documents.

regarding to the names of some companies that have been included in the list issued recently by the General Organization of Export and Import Control, whether by suspending or deleting, these companies have not fulfilled the required documents and the legal procedures have been taken in accordance with the rules of the registration system. GOEIC shall remove the names of companies whose status is reconciling the situations first and foremost, the conditions of 122 companies have been reconciled since the beginning of the current year.

Finally, the Media Center of the Ministry of Commerce and Industry confirms that any decision issued does not target a particular company or products of specific countries. The Center calls on the media to investigate the accuracy of what is published and to clarify the truth from its basic sources so as not to give an opportunity to reluctant and promoters of rumors to export misinformation about the Egyptian economy.