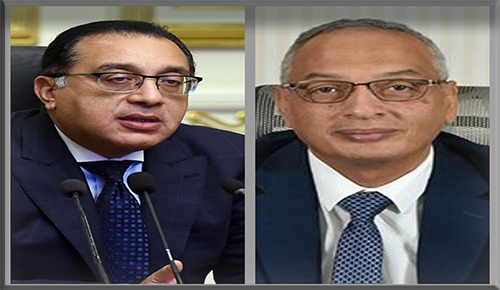 Dr. Mostafa Madbouly, Prime Minister of the Council of Ministers, held an extensive meeting with a number of investors and operators of international stations operating in the economic zone of East Port Said, to follow up on the latest developments in existing projects, which are being implemented, and the contractors attended the meeting:-

Mr.Eng. Essam Al-Naggar, Chairman of the General Organization for Export and Import Control, noted that:

Industrial Laboratory Building of the GOEIC which is located on an area of 550 m2 at East Port Said Port at an estimated cost of 38.250 million pounds, which includes a service entrance in accordance with the directives of the President of the Republic; The need to facilitate inspection services and the establishment of central laboratories in all major ports to maintain the quality of work performance, while reducing customs release time in order to support trade movements.

Eng. Essam also explained that the agricultural food Lab located on an area of 550 m2 in the port of East Port Said for the Food Safety Organization with the aim of facilitating the work of GOEIC in overseeing the work of imports from various food industries and animal production, and contains a sampling area and 10 laboratories of different areas, at an estimated cost of 31.640 million pounds.

And the state of these advanced laboratories serve the economic zone through subsidiary ports and facilitate procedures for examining samples of industrial, chemical and food messages, from virtual inspection, and analyses required at the laboratories. Engineers and technicians have been contracted, trained and qualified on the latest devices in these laboratories, in order to avoid high costs and any attendant delay in the inspection and calibration procedures, and to facilitate the procedures.

In conclusion, the Prime Minister expressed his pleasure at the progress made by East Port Said Port as one of Egypt's most important ports, The East Port Said region has experienced a significant boom in growth rates, especially as the port is adjacent to the industrial and logistics zone. Also, 3 July "South Port Said" expenditure, the operation of which throughout the day had a positive impact on the ease of movement of personnel and goods to and from this integrated area in 20 minutes. This also contributed to the east and west of the Canal, which was reflected in the development of the Sinai Peninsula.