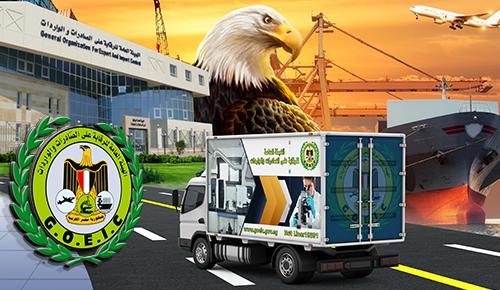 In the framework of GOEIC’s keenness to trace up the imported shipments, conserve the national economic for our country, and protect the Egyptian market.

In implementation of the directives of the M.G.Ismail Gaber, the chairman of GOEIC  to activate the role of GOEIC in the field of tracing up  shipments granted release under custody in the storage places of the importer’s warehouse in all governorates of the Republic, both central directorate of industrial imports and -general directorate of inspection in collaboration with the general administration of supply investigation make campaigns to trace up these shipments to know to what extent these shipments are abided by the conditions of the granted under custody release .

The campaign started at DAMIETTA followed by ELSHARKIA and this resulted into revealing a number of violations embodied in disposal of a number of shipments .As a result the necessary reports were drawn up and the violators were referred to the foreign trade sector to take legal procedures against them.These campaigns are continuous in the rest of governorates in cooperation with the controlling entities at the ministry of supply.