The most remarkable events GOEIC participated in during December 2019 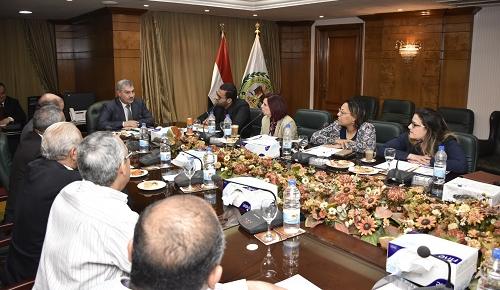 1-   Participation in a committee to determine the extent of responsibility of the exporter in "Export Violation" at the "Foreign Trade and Agreement Sector", held on December 1st, 2019.

2-   Participation in the works of Exhibitions Affairs Committee meeting, and exhibition selection inside and outside – at the "General Organization for International Exhibitions & Fairs" according to the ministerial decree (406/2002) – held on December 4th, and 29th 2019.

4-   Participation in a workshop concerning the new regional treaty for the rules of Euro-Mediterranean Origin – held on December 16th, 2019.

6-   Participation in the meeting of "GOEIC suggestions for Export and Import barriers to & from the economic zone of Suez Canal – held on December 22nd,2019 – at The Council of Ministers.

7-   Attending the Workshop organized by COMESA concerning "Discussing the Technical needs for Category (c) of "Trade Facilitation Agreement"" – from 9 to 11 of December 2019.

8-   Attending the Workshop organized by European Union "TAIEX" regarding discussing the new amendment of the "Egyptian-European Free Trade Agreement" – on the 16th and 17th of December 2019.