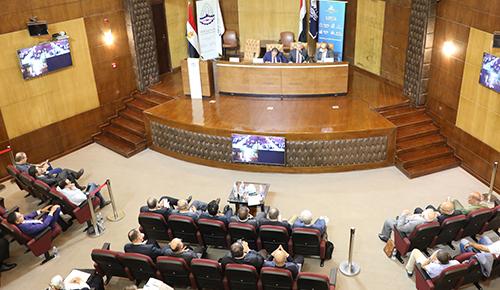 A continuous cooperation with federation of commercial chambers to solve all the foreign trade obstacles.” General Engineer /Ismail Gaber said

Engineer /Ismail Gaber portrayed GOEIC role and the services provided to importers and exporters community and the most important points illustrated in this meeting were the following: