The most remarkable events GOEIC participated in during December 2018 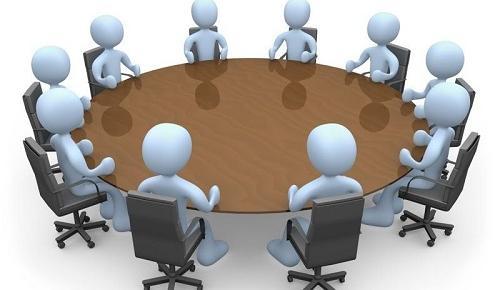 General Organization for Export and Import Control participated in many events during December 2018 which aimed to Trade Facilitation, Exports Development and Consumer Protection inside and outside, these events are:

1-    Participation in the coordinating meeting on what are the latest developments of the executive situation of "mutual recognition of conformity certificate for Aghadir countries" at the headquarters of Foreign Trade and Agreement Sector, held December 2, 2018.

2-    Attending the meeting of "Follow-up committee of organizing the Trade event of African Trade" – Ministry of Trade and Industry, in December 2, 2018.

4-    Participation in the meeting of discussing the suitable procedures to stop repeating rejection of peanuts at the Export Council of Agricultural Crops held on December 19, 2018.

5-    Attending the meeting of the Egyptian Saudi Committee of Following-up the recommendations issued by the 16th session on 24,25 of December at "Foreign Trade and Agreement Sector".

6-    Attending the coordinating meeting between General Organization of Export and Import Control (GOEIC), Egyptian Customs Authority (ECA), and the General Authority for Investment & Free Zones (GAFI) held on December 9, 2018 to study some errors done by some of the Free Zone Companies in applying Origin rules which affects negatively on the flow of Egyptian Trade, and blocking the preferential treatment of Free Zone exports.

7-    Attending a workshop about Origin rules and non-customs restrictions regulated by International Trade Center on 11, 12 of December 2018 – Marrakesh – Morocco.

8-    Attending a workshop about Origin rules and non-customs restrictions regulated by International Trade Center on 16, 17 of December 2018 – Cairo.