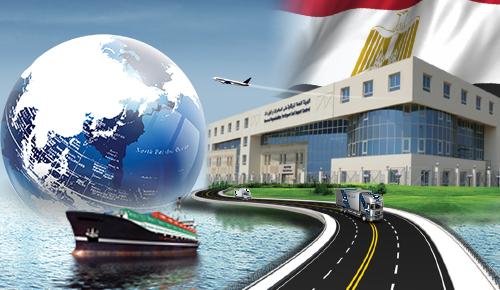 Engineer/Essam Elnagar chairman of GOEIC stated that the number of shipments which referred to GOEIC during the year 2021 reached to be (194.824) shipments.

And about the origin certificate, GOEIC issued (361.981) origin certificates during the year 2021, according to the protocols of the origin rules which applied by the preferential agreements between Egypt and the other countries, to apply the customs exemptions and benefits granted to the Egyptian exports and these certificates between (the logo of league of Arab states- bilateral agreement-COMSA-MERCURE – G.S.T.P. - FORM .A. - EUR.MED - EUR1).

While the public relations management and costumer  services answer the received  complaints ,inquiries and grievances during the year 2021 through the call center which received (50346)calls ,the website received (304536)visitors ,and answered (1466)inquiry  on the ask and we answer service on the website, while the business sector issued (13360)reports to service the audience of dealers and decision makers, as for the organization website on the social network (Facebook) , the followers reached (11243) , and be answered (1112)inquires on page messages.

The training center trained (1285) trainers during the year 2021, from the most important training program (export practice -import practice -lab inspection of exported and Imported goods at GOEIC lab – IZO programs also to train students inside and outside GOEIC ,Management program to raise the efficiency of employee and other different programs).

The commercial registrations issued (28332) register during the year 2021 between new registration, renewal and addition, also the data appears the business volume: