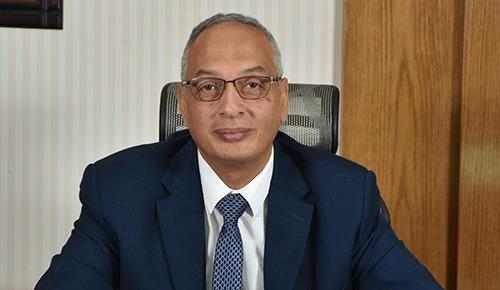 Within the framework of political leadership, keenness on cooperation and establishing bridges of communication and interaction and continuous coordination with the industrial and commercial society partners, business associations ,investors and chambers of commerce and industry.

Engineer/ Esam Elnagar (chairman of General Organization of Export and Import Control) with Mr. /ElShahat ghatoury (Head of the customs organization and head of the tax and customs committee at the federation of Egyptian industries).

With the presence of:

Doctor: Sahar Atia (Head of the central administration of food and chemical labs at GOEIC)

The meeting discusses a number of problems which face some categories at the federation of Egyptian industries and work to solve it, also the pre-approvals for some goods and the problems of delayed display of chemicals, some companies of medicine products sector asking to give it some exception for allocating a fast track for it as one of the strategic industries.

Engineer/Esam Elnagar pointed that Dr./ Nevean Gamea (the minister of trade and industry)  was caring to give the full support  to the  exporters and the importers community and also confirmed the role of GOEIC which considers the  main axis within the ministry's strategy aiming at reinforcing  and developing the foreign trade and realizing  the ministry's plan to get the volume of exports reaching 100 billion dollars annually specially, that GOEIC has a large number of competencies and the young cadres which can be exploited to upgrade the services system and the execution speed of procedures.

While Mr. / Elshahat Ghatoury (head of customs organization) drew attention that Dr. /Mohamed Moet (minister of finance) was keen to provide all aspects of support to the exporters and the Egyptian producers to facilitate the local industry and to increase export and stimulating the investment.

Referring to that the customs organization is always keen to remove any obstacles and to put radical solutions to support the producers and exporters, and to give the private sector a real investment opportunity in various fields.

The head of customs organization indicated that the mandatory application of the pre-registration system for shipments (ACI) had been started from the first of last October, although there are some difficulties and obstacles at the beginning of the application but we try to overcome and solve it. There is a noticeable gradual improvement in the service level.

MR. / ELShahat Ghatoury said that he formed a central operations room to communicate with the dealers of customs 24 hours to receive all inquiries about pre- registration shipment information (ACI) and to provide the technical support through the phones for the central operating room of (ACI) system.

You can also reach the service via e –mail

He added that there are agreement and coordination with each of: GOEIC and food safety authority to speed up the procedures for the virtual detection of the goods received by them, noting that there are a number of companies in the white list which was selected according to the international standards and in light of achieving a good compliance rate and keep regular accounting notebooks, also several other companies gave applied to join, while the procedures was completed.

DR. / Mona Naser (assistant minister of finance) said that it has been linked with most of the bodies inside the outlet system and a fast track will be allocated to the logistic centers for production requirements.

She indicated the importance of giving motivational benefits to encourage the registered importers with the pre-release system of goods.